So, now you´re in Spain and want to go out for diner with some of your Spanish friends.

First of all, keep in mind this great point about Spain- going out for dinner isn’t mainly about the food but about the social event that it is. Plan at least three hours in your agenda and plenty of talking. Keep these last words in your mind.

Here are 10 tips of things you don’t do, when going out for diner in Spain, and will make you fit in and accepted much quicker.

Even though the Spanish have the fame of always being late, this habit has disappeared a long time ago. When meeting up with some Spanish, they´ll have made a reservation at a specific hour and 95% will come on time. Of course, there is always the possibility to have some obstacles on your way, but make sure you let your contact know that you are arriving late. When you arrive later than 10-minutes, you´ll be frowned upon and make a bad impression.

Side note. If it´s a birthday at someone´s house, don´t show up at the given time, come half an hour later. If not, you make a desperate impression or get to help out with the final touches of the party.

In Spain, the habit is for guys giving one kiss on each cheek, starting with the right cheek to only the girls, while girls give two kisses to both the boys and girls. Even though you´re meeting complete strangers you should never shake the hand. Even though the Spanish have gotten used to this northern European habit, it shows that you´re distant, impersonal, and not well integrated.

A beginners kiss tip! I´ll quickly tell you how to kiss. You basically put your cheek next to the cheek of the other person and make a kissing sound. So don´t put both your lips straight on the person´s cheek … this will look weird.

You´ll get the hang of it after a few tries.

The Spanish are very formal, when it comes down to sitting, so you always wait when you go inside with a group, before sitting down.  A lot of times this is a short discussion of who sits where. Once seated don´t order a jar a sangria with the first waiter you see, to show off that you know what the locals drink. First of all, if you´re among Spanish, you´ll never drink a drop of sangria, since this was invented by foreigners. Once again, the drink will be discussed among everyone present. If the majority drinks wine, a bottle or two will be ordered. If most drink beer, in some cases a jug of beer will be ordered. If you want something else, don´t be afraid to say so, and throw it in the group, if you prefer a Coke for example.

In Spain, the habit is that you order a few starters to share, and followed by a main course, which you order for yourself. So before you start eyeballing what´s for starter you´ll order, once again, the starter will be discussed across the table. If there are a lot of people, on a long table, you decide among the four that share one table. You give your opinion of what you like and dislike, and so the order is chosen. You can then choose the main course. Since most likely the bill will be split among the people present, don´t order the most expensive T-Bone steak you can find, or at least mention, you would really like to try it, and that you´re open to paying something extra.

So, especially with the older generation, it´s not so common to say “gracias” or “por favor”. You would order the food without saying a “por favor”. Asking for something to drink? You would say “Ponme otra cerveza cuando puedas”, which would be something like “Put me down another beer when you get a chance”, so the Spanish would not use the word “please”.

The same counts from the waiters´ side. For most people outside of Spain, the waiter might sound rude, stubborn and almost think he is just having a bad day, but that is the way most waiters are, so don´t take it personal.

When the food is served, wait for everyone to be served before you start digging in. As I said, this is a social event, and people will look at you weird for starting before everyone has a plate in front of them. If you have a warm meal, most people will say that you can start. Once again, the game is that you first say that it´s alright, you´ll wait, then they´ll insist that you start, and then you can dig in that T-bone steak. The same is expected from you, tell them they can start, even though you don´t have your plate served yet.

Most of the European standard table manners also apply in Spain. However, when eating there are a few table manners that for some might be shocking. First of all, most Spanish eat with one hand. Since Spanish is a language that involves plenty of gestures, you take your fork, take a bite, put the cutlery down, until you take your next bite. Actually, in a lot of cases, the bread takes over the use of the knife, while shoving food from the plate on your fork. Not like in some countries, where you always need to have both the fork and knife each in one hand.

Besides that, the Spanish are very loud, especially while eating. More people in the restaurant, means more noise, which leads to your table to be even more loudly. Don´t be ashamed to also talk loudly while waving your hands and chewing a piece of that T-bone steak. This is perfectly acceptable.

Now you finally finished your T-bone steak, the buttons of your shirt almost exploding, so you´re ready to pay your share of the bill and head home … it is already 22:30 after all!!

Well, add at least another hour before you step outside. After the meal, the dessert menu is brought. Once again, the same rules count here, before you start drooling over the delicious desserts on the menu. First, you discuss with everyone who wants to have dessert, and obviously, who wants to share one. Hands go up, a discussion is started who wants what, and the order is placed.

Now, remember very carefully that coffee is served after dessert and not with the dessert. So, half an hour has gone by, now the dessert is finished, and everyone orders their type of coffee. On the table “chupitos are served, which are shot glasses. If you are with a big group 3 bottles will be put on the table, so everyone can serve themselves. No, José Cuervo is not one of them. The urine looking liquid is a distilled aguardiente called orujo made with hierbas (spices) (my favorite), another one is the Spanish version of “Baileys”, crema de orujo, and another one, looking like an aged whiskey is “Pacharán”, a liqueur from the Basque Country made from  “sloe fruits” like black and blueberries, mixed with coffee beans, cinnamon, and anisette. The restaurant doesn´t expect you to finish all three bottles though, so hold your horses. Here is a small extra “don´t”. Don´t drink the shot glasses in one shot. They exist, so you can slowly drink them.

Without noticing the most important part of the diner has just started, called “La sobremesa”. There is no English translation for this word, which literally translates as “over the table”. The concept of sobremesa means the time after dessert until you leave the table going home.

Once the coffee is finished and some shot glasses have been emptied, usually either the bill is asked if not everyone wants to finish off with a Gin Tonic. Those who then don´t want to Gin Tonic, either go home, or stay anyways, but these drinks are usually paid separately.

The bill has been brought, and normally the organizer will take the bill, revise it, and ask if everybody is ok if they split the bill among the number of people present. Sometimes there is somebody who´ll complain, that they only had a salad, and point at you for having the T-Bone steak, so then something is settled, but most of the time, everybody is fine with just splitting.

Hopefully, some of these tips will save you from some embarrassing moments and gets you prepared for having a typical Spanish experience. For me, having dinner with the Spanish is always a great time to get to know the culture and its food. Let yourself be surprised, and let them order the food for you, instead of playing safe.

False friends in the Spanish language

False friends in the Spanish language “False friends” – for those unfamiliar with the term, here’s a quick intro. The term “false friends” refers to a word which exists in two languages, but has two different meanings. This causes some confusion when used incorrectly both […] 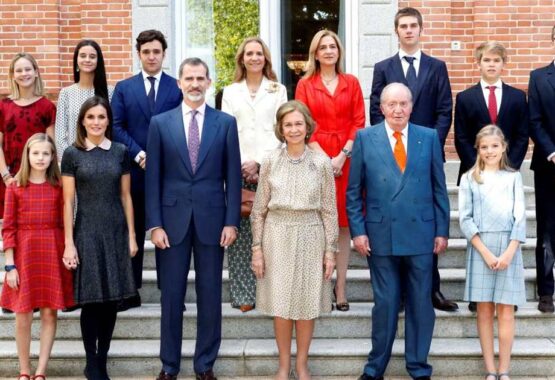 What to drink in Spain

Spain, the country of the Sangría … or not? The famous Spanish drink is known as Sangría, a cocktail from red wine, orange juice, and fruits, served normally in a large jar, is more famous outside of Spain, than inside the country. You´ll rarely see […]